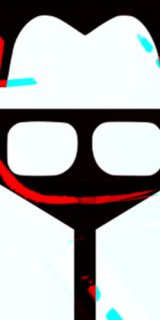 The researchers described the successor to the Trojan Agent Tesla

Now even inexperienced cybercriminals can carry out attacks.

Cyble security analysts discovered an attacker's post on a cybercriminal forum in which he distributes the MiniStealer constructor and control panel for free. According to the hacker, the stealer can attack various operating systems, including Windows 7, 10 and 11.

For an FTP application, it steals data from configuration files. For browsers, it copies certain files to the AppData/Browser directory, which stores the user's session and login credentials.

Experts said that the availability of free malware collectors and panels helps hackers carry out successful attacks in less time. Because the hijacker targets various Windows operating systems, this threat must be treated with caution. In addition, the promotion of freeware malware only encourages and increases the number of cyberattacks.

The availability of free malware builders and panels can assist TAs in carrying out attacks, as TAs do not need to invest time and money to get malware payloads for cybercrime purposes.

On what form can you see it?